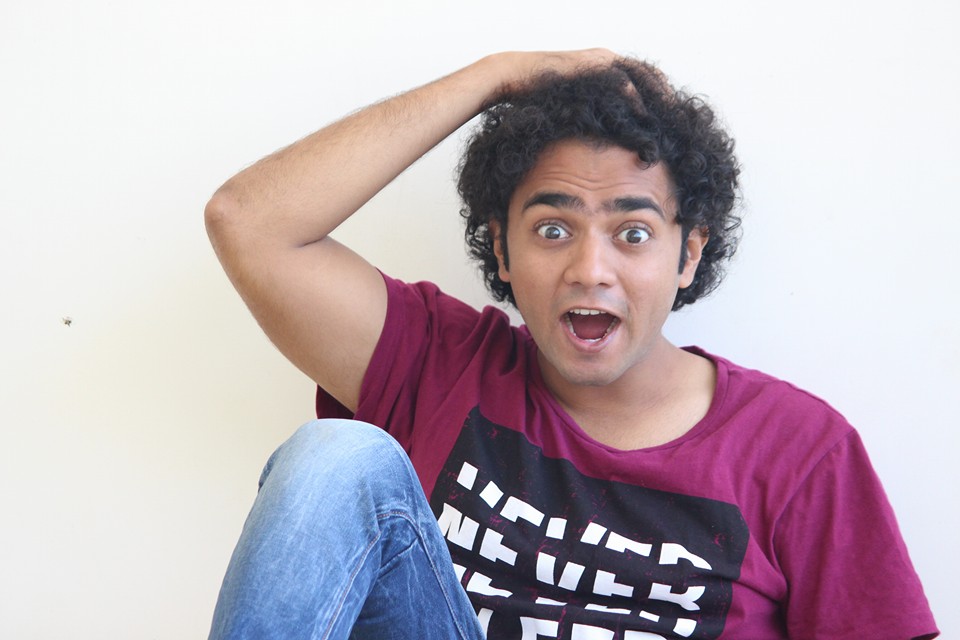 Zuber Shaikh, Bachelor of Mass Media, is an actor and a Stand-up Comedian. He is originally from the city of dreams, Mumbai. Comedy is in his blood and he simply loves it.

He has featured in ads of many brands like Quikr, Mountain Dew, McDonalds. Last year, he also did a show on Sab TV named ‘Comedy Superstar’, which was judged by Bollywood Celebrities like Sushmita Sen and Sony Sood.

He has performed in front of many Bollywood Superstars namely Priyanka Chopra, Salman Khan etc. He imitates the facial expressions of a many celebrities namely Jim Carrey and Rowan Atkinson (Mr. Bean)

He is all set to make his Bollywood debut in a Karan Singh Grover Starred movie named ‘3 Dev’ scheduled to be released in May 2016. 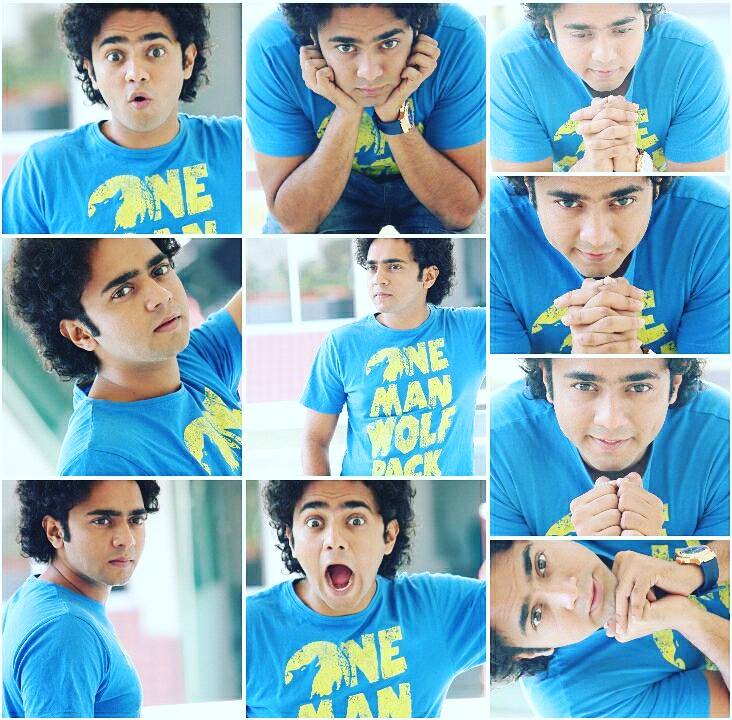 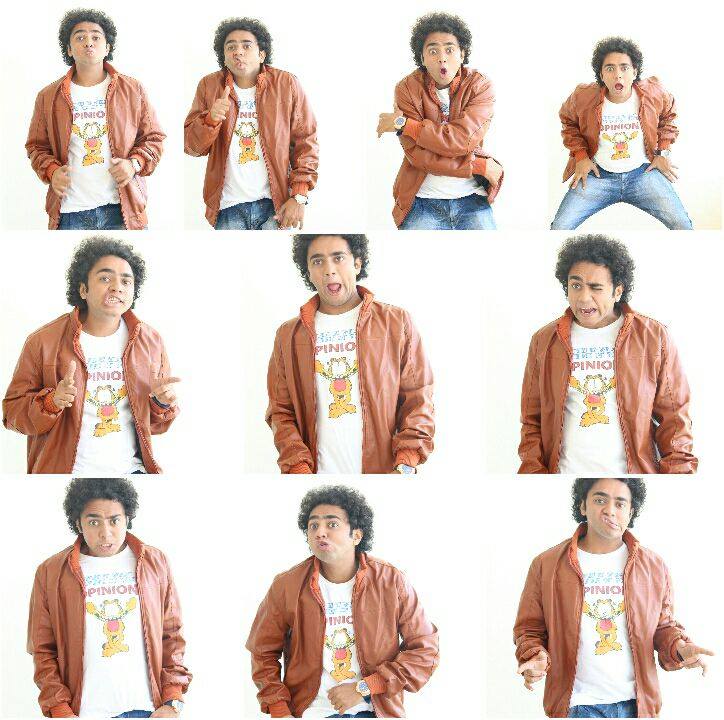 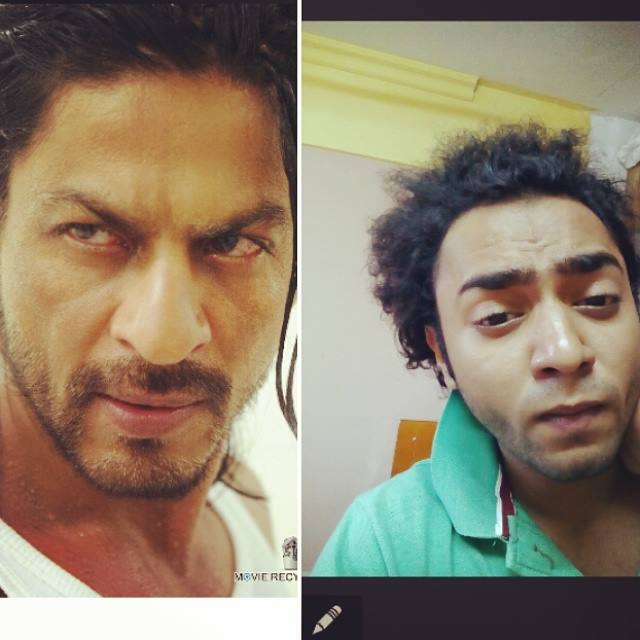 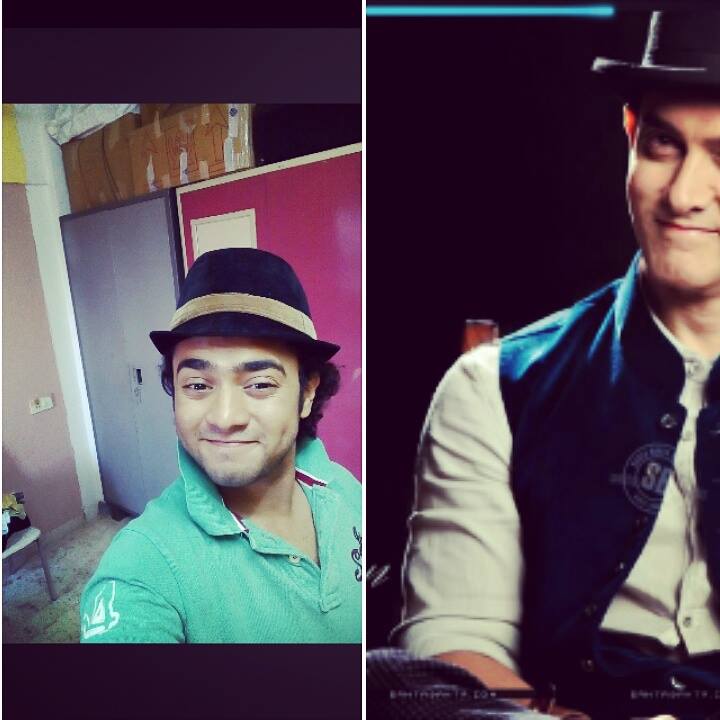 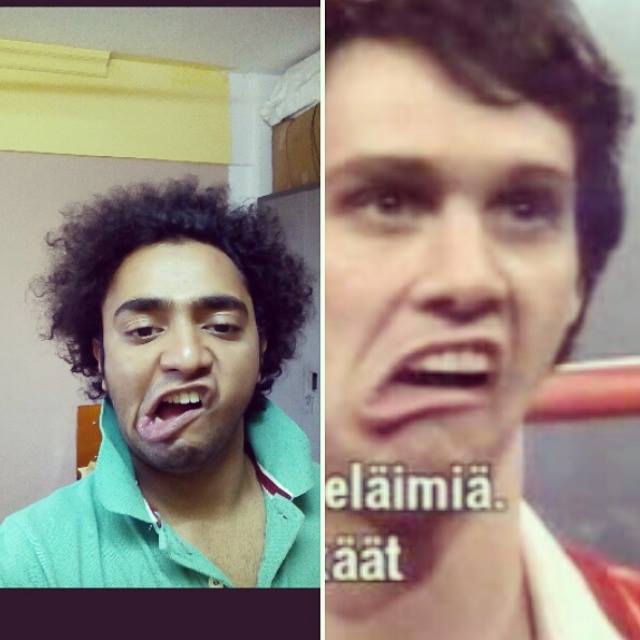 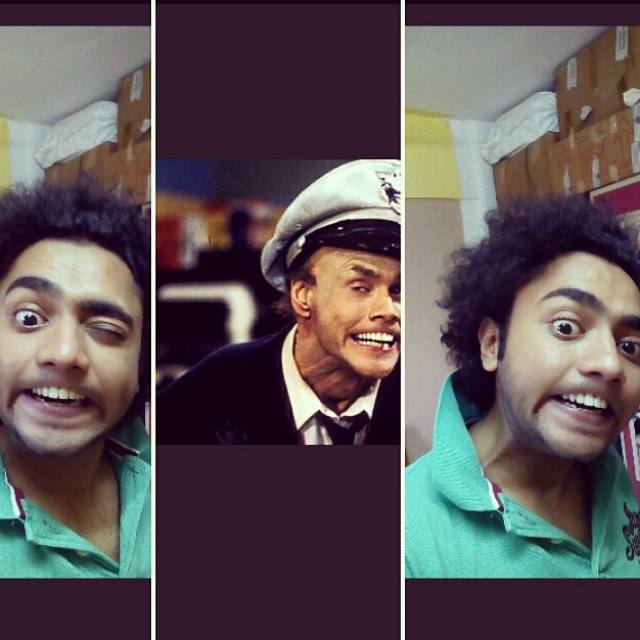 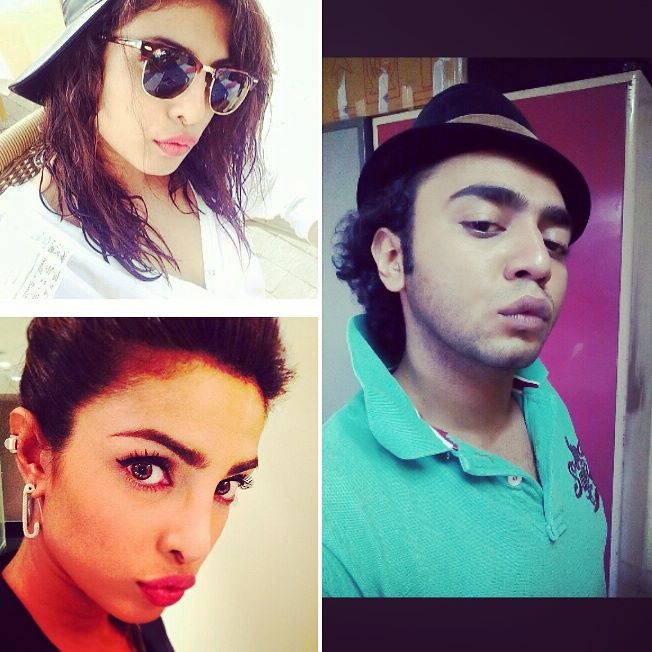 Disclaimer  : We do not own and do not claim to own all the images appearing on our website/ Facebook page. The images belong to their respective owners, who have copyright over them. The images are taken from various different sources. If you feel that any image violates your copyright, please write to thetalentedindian@gmail.com to have it taken down.

Related Topics:ComedianFaceDancerStand-upTalentZuber Shaikh
Up Next

Your Daily Dose of Laughter Through These Standup Performances

Bringing you your daily dose of comedy, through the entertaining performances of Manish Tyagi, Rajat Chauhan and Vaibhav Sethia.

In present times of continuous hustle and work, a hearty laugh is all that is needed to break one from monotony. Laughter truly is the best medicine. It clears the mind and lightens the heart, relieving us of all our worries at that particular moment. Given the level of stress and anxiety in our day-to-day lives, the value of standup comedy increases multifold. We bring you your daily dose of laughter, through these humorous performances.

Manish Tyagi’s funny take on experiences of every boy being compared to every person on this planet and their mother’s search of a sanskari bahu, is bound to take you on a rib-tickling trip.

Rajat Chauhan recollects of the most treasured part of every Indian boy’s childhood – cricket. His hilarious take on cricket brings back the fond memories, kicking in the nostalgia with hearty laughter.

Vaibhav Sethia brings funny incidents and moments of his wedding, right from the ‘boring’ rituals in the mandap to bidaai.

A funny take on life’s matters, these stand up comedies are breath of fresh air in your strenuous routines, click below to watch now!

It is a blissful feeling to have a hearty laugh after a long tiring day. Treat yourself with these hilarious standup comedies and break the monotony already!

Anubhav Singh Bassi performs an amazing piece titled Hostel. As the name suggests, it is a very funny piece on what goes on inside boys’ hostels. He weaves an interesting story, filled with comedy and eventfulness. As a typical hostel story, it includes the warden, guard, the “famous macho guy”, his friend Abdul and himself. Sundeep Sharma produces a small piece between a trivial yet relatable household matter of making tea. He is constantly trying to make his wife get him a cup of tea and the same takes a funny turn of events. Gaurav Kapoor talks about road safety in India as compared to what he witnessed in Amsterdam. He builds a comical comparison, talking about India’s road safety and makes his audience laugh their hearts out. Vipul Goyal makes fun of middle-class Indian household fights between wives and mothers-in-law and the taboo against wearing sleeveless clothes. He also talks about the hilarious behaviour of Indian people on the internet including their funny and irrelevant comments on various social media platforms.

A funny take on life’s matters, these standup comedies are breath of fresh air in your strenuous routines, click below to watch now!

Thank You, Bhau: A Bitter Sweet Relationship With Grandparents

‘Thank you, Bhau” by Mithila Palkar is a beautiful piece which describes the bitter sweet relationship with her grandfather.

We share a very different kind of a relationship with our grandparents. They shower us with loads of love and care but at the same time, there are disagreements on matters due to the wide generation gap. However, they leave an indelible mark on our lives, a sort of an impression which cannot be substituted by any other relationship.

‘Thank you, Bhau” by Mithila Palkar is a beautiful piece which describes her relationship with her grandfather. She draws a sketch of her Marathi background and sets up the mood for her narration. In a lively manner, she explains the bitter sweet relationship she had with her grandfather, referred to as “Bhau” in Marathi. He cared for her ceaselessly, waiting for her near the door till she comes back and at the same time, took some stern measures like setting up a curfew which could not be breached. He influenced many of her major life decisions but showed some resentment and scepticism about her decision to pursue performing arts. A great tussle took place between the two but finally he agreed to her decision with hesitation.

Today, he proudly shows Mithila’s pictures and magazine covers and gigs to their relatives and appreciates her work deeply. She expresses her gratefulness to her Bhau for bringing out the best in her.

Rohan Joshi through his performance “Anxiously Yours” reminds us that deviating from the constant pursuit of happiness is not an abnormality.

There can be several causes which can lead one to be anxious or depressed- words we often get to hear in the 21st century. Almost everyone is aware of these words but people hardly know what these words stand for and the impact it produces in the life of the person suffering from it. Attempting to explain it, Rohan Joshi talks about the fight with anxiety and sheds some light on the lives of those suffering from it.

In his piece “Anxiously Yours”, Rohan describes, using an elaborate example, what a person experiencing anxiety actually goes through. He talks about how those who don’t know what it is or haven’t experienced it try to spread “positivity” through their small meanings quotes on various social media platforms like Instagram. He bares reality and openly addresses all those who find themselves in this position and empathises with them by implying that life isn’t a bed of roses, it can be hard and ugly, it doesn’t necessarily have to be pretty and happy all the time. He talks about how frustrating false positivity can be and delves deeper into the experiences of anxiety. He finally talks about accepting life, no matter how hard it gets because there will eventually be one moment on one particular day when you’ll thank yourself for keeping up with it.

Giving anxiety a realistic and holistic view, he urges his listeners to not lose hope, to live through dark days in the hope of better days, for good and bad go in hand in hand. He imparts hope and says that “you might think you are weak, but you are someone else’s source of strength, whether you know it or not.” Life’s sufferings are inevitable and it will be a whole lot better if we come to terms with that and, in Rohan’s words, “stay”.

Standup Comedy Around Students, Cars, Education And Much More

A hearty laugh can break all the tension and worries. Craving for a wholesome dose of laughter and fun? Click on the links below to experience comedy!

A hearty laugh can break all tension, make you forget about all your worries and can definitely cheer you up if you’re having a bad day. Serving relaxation on a platter, we bring to you these absolutely hilarious comedies!

Abhishek Upmanyu talks about one of the most relatable trivia we all face of having highly common names and the stereotypes associated with them. He makes his audience laugh their hearts out when he talks about handling cars in Mumbai. Tanmay Bhatt talks on current political issues, giving them a humorous touch and at the same time highlighting the power of students and their absolute “craziness”. Rohan Joshi talks about school boards and makes funny comparisons between them. He talks of the SSC, CBSE and ICSE, the famous education boards of India and the quality of education they provide. The element of comedy is swiftly inserted, as a consequence of which the audience can’t stop cheering and laughing.

Craving for a wholesome dose of laughter and fun? Click on the links below to get started!

Ved & Arya: A Short Film On Unconventional Notions of Love

Beatest: An Innovative AI-Led Startup In The Talent Acquisition

Your Daily Dose of Laughter Through These Standup Performances

Welcoming The Festival of Colours With Fervour & Zeal: Holi

Magical Music Through The Pipes of Flute Instrumentalists

Throwback Thursday With The Nightingale of India: Lata Mangeshkar

Winner of Indian Idol S11: Sunny, A Star Rising from the Clutches of Poverty

Throwback Thursday With A True Gem Of Bollywood: Annu Kapoor

College Wala Pyaar: The Art of Not Giving A Damn

Thank You, Bhau: A Bitter Sweet Relationship With Grandparents

A Short Film Highlighting Healing Power Of A “Stranger”

Thappad: A Film On Women Empowerment

The Inspiring Story Of The Financial Genius: Raghuram Rajan

Standup Comedy Around Students, Cars, Education And Much More

Kaash: An Eye Opening Short Film About The Story Of Regret

Reminding Of Our Freedom On This Republic Day

The Sustainable: A Startup Taking Sustainable Living To Another Level

Gandhi At 150: Remembering The Father Of Our Nation

A Dance Choreography By Team Naach on “Ghungroo”

The Sky Is Pink: A Candid Conversation With Priyanka Chopra

Throwback Thursday With The Queen Of Bollywood: Rekha

The Letter: A Short Film About Recollecting The Memories

Tribute To King Khan On His Birthday: Shahrukh Khan

Portrait Painting: Capturing Life With Fine Strokes of The Brush

Trending Talents: Nikhil Vijay’s Journey As An Actor And A Writer

Alisha: A Short Film On Childhood Crush By Sajal Kumar

Thoughtcast: A Conversation With Deepesh Jagdish

The Melodic Unplugged Version of Zara Sa By Kunal Bojewar

Intimacy Of Strings And Music Mastered By Instrumentalists

Celebrating The Festive Season With These Amazing Dance Covers

Diwali: Celebrating The Festival Of Lights

Prathamesh Jatar: Capturing The Nuances Of Life Through Photography

Brightening The Future With His Light Experiments: C.V. Raman

“The Untold” Words In A Love Story Of Two Best Friends

Plus Minus : A Tribute to the Hero of Nathula – Major Harbhajan Singh

Safar : An Original Single by Bhuvan Bam Portraying Story of an Artist

“Never Give Up” : Sumeet Vyas at Josh Talks Mumbai

The Red Typewriter : A Touching Love Story by Navaldeep Singh

From Failing in Engineering to Co-Founding a Million-Dollar Company : Varun Agarwal

“Why be biased to complexions?” Aranya Johar Questions the Society